Hello guys, I'm here to tell you the interesting facts about the world famous social-media called as Facebook

So I want to share some of the secret's of a social-media with you.

We are discussing this topic now in 2021, but it will happen on 2025. We predicting the future distruction.

So what if I tell you about the past projects?

Collecting data from user is now happening in 2020, but it were predetermined by a man who lives in 1945.

This Vision of today’s digital life. There was a scientist called Vannevar Bush

Bush was born on 11th Mar 1890, as only son and the third child of Perry Bush and Emma Linewood. In 1892, his family moved to the new place called as Chelsea, Massachusetts. In 1909, Bush graduated High School in Chelsea and also he received bachelor of science degree and master of science degree in 1913.

On Oct 1914, Bush returned to Tufts to teach mathematics, and in 1915, Bush worked as an electrical inspector at the Brooklyn Navy Yard. In Aug 1916, Bush married Phoebe. Richard Davis and John Hathaway are their sons.

In 1919 at MIT, Bush joined Department of Electrical Engineering. In 1922, He founded the Raytheon Company.

In 1932, He was the MIT School of Engineering vice president and dean. In 1938, He was also the president of Carnegie Institution in Washington.

Memex is a device, that should contain the books which we read, and our voices recording in a small machine. It's mechanized device, it stores all his data's, individual informations, records and communications, perhaps it consulting with great speed and adaptability and it's memory is an enlarged intimate addition. So now we know Ebooks, All our mobiles have call recording option which can record our calls. When Vannevar Bush told this idea in 1945, Everybody thought that he was crazy. But Now his praised for being a visionary.

Bush works on Analog Computers for Memex. He constructed a Differential Analyser in 1927, with some of digital components from Analog Computer. The Differential Equations could be solve as many as 18 independent variables. The digital circuit design theory was the beginning part of the work at MIT by Bush.

Bush began to develop the Memex in the 1930s, was a structure analogous with hypothetical adjustable microfilm viewer.

The Memex and the essay of Bush in 1945 "As We May Think", his future vision determined generations of computer scientists, who get inspiration from him.

It mechanized the individual information and stores all his data, records and communications, perhaps it consulting with great speed and adaptability and it's memory is an enlarged intimate addition.

The year 2004 was very important year because that was the day we totally lost our Privacy.

Facebook, Inc. is an American technology collaboration based in Menlo Park, California.

At the Harvard College, Mark Zuckerberg founded the Facebook, down with his students and fellow roommates, and the old domain is 'TheFacebook.com' and the today's 'Facebook', a world famous social networking service. Facebook is the world's most profitable company. It takes place as a big five companies along with

Microsoft in the U.S. information technology industry. The social networking platform offers the products and services.

Facebook also has acquired WhatsApp, Instagram, Oculus VR, Giphy and Mapillary, and has got an 9.9% stake in Jio Platforms.

Did the data provided in Facebook was not stolen?

If you have these questions in your mind. Then we should return to DARPA.

On 14th May 1984, Mark Elliot Zuckerberg born in New York, White Plains. He is an internet entrepreneur, American media magnate, and philanthropist.

Mark Elliot Zuckerberg is the co-founder of Facebook, Inc. and Breakthrough Starshot project.

He serves Facebook as its chairperson, chief officer, and manage shareholder.

On Feb 4, 2004 at the Harvard University, Mark introduced the Facebook social networking service from his bedroom , with some university roommates named as Andrew McCollum, Dustin Moskovitz, Eduardo Saverin & Chris Hughes. Initially introduced to select university, then the website spread quickly and finally far over universities, on 2012 the site reaches 1 billion users.

In 2012, Mark obtained the company and it's majority shares. In 2007, Mark became the youngest self-able billionaire at the age of 23 in the world.

His net worth is $101.2 billion in Nov 2020, make him the 4th-wealthiest person in the world. Mark listed in Forbes as one of the 20 richest people, and he is the only person under the age 40.

Mark Zuckerberg was confirmed as one of the 100 most reluctant people in world by Time Magazine year award in 2010.

Mark Zuckerberg was listed as the World's Most Powerful People and also ranked at 10th on Forbes list on Dec 2016.

On 4th Feb 2004, DARPA’s Lifelog project was shut down, at the same day Facebook was started.

Lifelog was one of DARPA's project.

What is this Lifelog?

DARPA(Defense Advanced Research Project Agency). An article was Released in 2003 when Facebook was unheard.

Many people asked the Purpose of this Project. Whether you call or message someone, or read something online every data will be stored in one location. The data will be for life and you can come back to the data whenever you want. People asked questions to DARPA.

What is your profit from collecting the data?

DARPA says that there was no profit, but they are saving the memories of the Humankind. Is there an advanced Profit? Creating an AI which can predict the human activities this data will be greatly useful. People started to protest as they didnt want DARPA stealing their data. In 2003 People knew DARPA as another agency in America.

When project Lifelog was started, many people started to doubt DARPA’s True Intentions. So when people were against the project, DARPA had no other way but to shut down the Lifelog project. This happened on 4th Feb 2004. The same day another project was introduced to the World called TheFacebook. Could this be a Coincidence that project Lifelog and Facebook happened in the same day? Before the launch of Facebook, Mark Zuckerburg should have thought about funding his project.

Who will give them funds?

Who will help them?

So Mark Should have thought about Angel Investments. A Person or Company who comes forward to invest in a new idea are called Angel Investors.

Who was the Angel Investor?

Who were the following Investors?

When you start researching this you will come across DARPA, Lifelog, CIA.

The Angel Investor for Facebook was Peter Theil. Nearly 5 Lakhs American Dollars was Invested by him in 2004.

We should know about Peter Theil

But before that, we should know that When projectLifelog was shut down, many authors gave their views. They were afraid that DARPA would never easily let go of one of their projects. Their Project will surface in another name.

Peter Theil is a Co-founder of Palantir.

It is a Data mining company. So data mining needs a lot of data.

JP Morgan's has many banks and his employees were acting against their employer. This was a doubt in the minds of the leaders of JP Morgan, so the Leaders of JP Morgan asked for help from a person. That Person was an Ex-CIA officer.

Then he runs an algorithm in JP Morgan Chase & Co. After running the algorithm, every employee was given a Cell Phone. This all happened in 2008 to 2009. So the mail sent by any employee should get past the algorithm. The Palantir Algorithm will keep a close watch on the data from the employee’s mobiles. So the Algorithm which was created by Palantir Technologies which was Co-Founded by Peter Theil was the Angel Investor for Facebook.

Now you should understood the Importance of Data Mining, so Govt Organizations like CIA and DARPA need a lot of data. When People started to protest against Project Lifelog, They just changed the name into Facebook. Peter Theil had 10.5% Shares invested in Facebook is the truth which came out in 2004.

The Next Investment for Facebook came from Accel Partners. We should know about Jim Breyer, who is the CEO of Breyer Capital.

Jim Breyer and his friends are major names in a Not For Profit Venture Capital called In-Q-Tel.

What is the purpose?

This firm monitors the American People’s thoughts, Will they protect against the govt?

What are the people doing?

How to change the people’s thoughts into positive towards the govt?

This is the primary objective of the organization called IN-Q-Tel.

So the American Govt started an Organization called In-Q-tel and a project called Lifelog. But people started to protest against both. To counter this they introduce Social Media called Facebook.

These are all big unanswered questions. They are already doing Data mining. Coming days without data mining nothing will work. If you want to sell your product online you need Data mining. If someone wants to know your suggestions on Politics or any other thing, they need data.

This data is needed by Govts, Private Sectors, Banks, they need your data.

This information is Officially released by the American govt, and In-Q-Tel, Lifelog project hiding all in its shadows on Facebook. 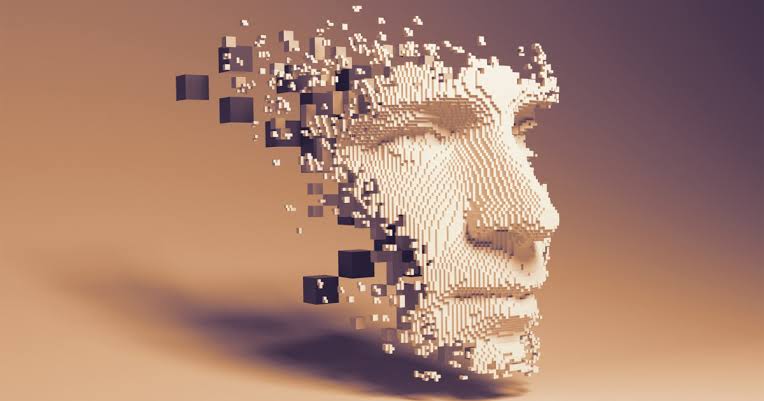 Why Facebook is waiting, what they trying to do next?

Facebook has now obtained data from their user's. With their current data, they can create an Hardware such as Robotics, Superhumans, maybe they have the power and potential to Hack the human brain.

The answer was came from 2014 - 2015. An Important person speaks in an Important Facebook Event called F8. Her name is Regina Dugan. Regina Dugan worked for DARPA once in a very Higher Position. She comes to work with Facebook. Her project is called Building Eight, so she works for Facebook under the Project called Building Eight. She says that they are developing a machine with interconnects a Machine and a Human. She asks for the people’s support.

Building Eight project is Developing the Hardware using the data obtained from Facebook. But Suddenly without any announcement, the Project was shut down.

What could be the reason?

When we go in search of this project. There are so many facts and truths available.

Is there any more information?

Did Mark Zuckerberg, Lady Gaga, and Google Co-Founder have a meeting somewhere?

Please avoid those privacy theft serving social-media's for your safety. Take care, we will see us in the next article with more interesting facts.